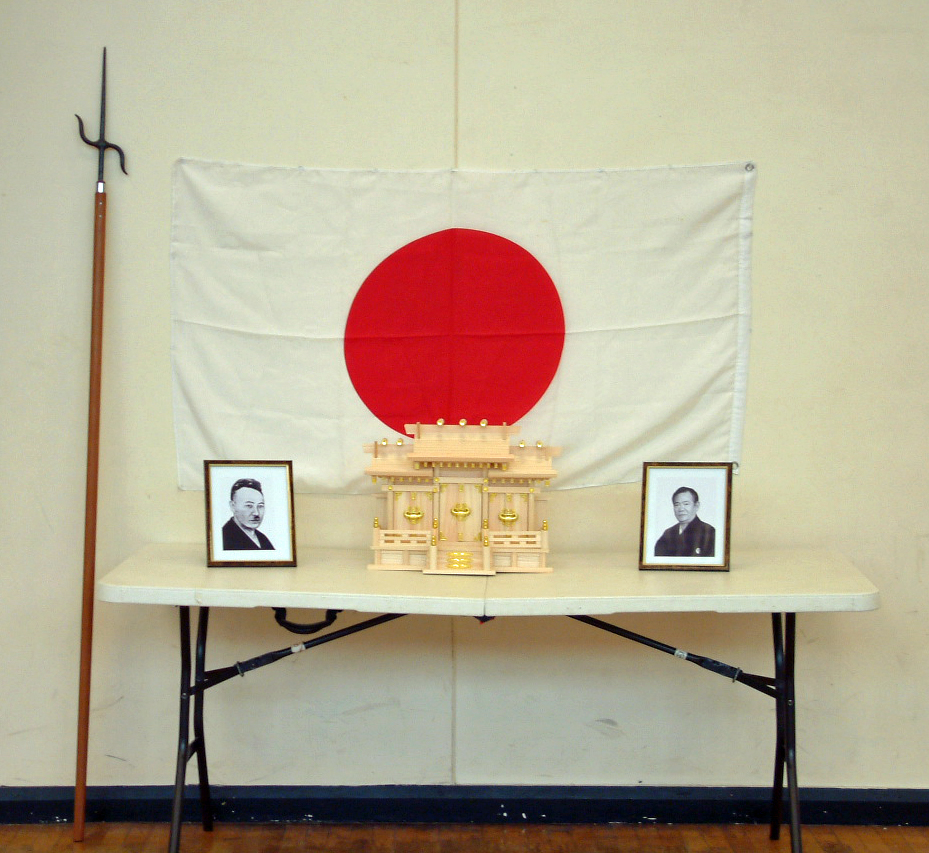 For a 4th year the Matayoshi Kobudo UK has had instruction from Sensei Franco Sanguinetti, 6th Dan during the recent Gasshuku. Sanguinetti Sensei is a direct student of Shinpo Matayoshi Sensei and member of the Kodokan Dojo in Okinawa since 1982, where he lived between 1982 and 1983. Sanguinetti Sensei is one of the highest ranked instructors in the Matayoshi Kobudo Kodokan International organization. He has been award the Matayoshi Kobudo Menkyo (Teaching Licence) by Matayoshi Shinpo Sensei. Sensei Sanguinetti continues with the promise that he made to Matayoshi Shinpo Sensei to preserve and promote the art that his father Matayoshi Shinko created. His work is directed to promote not only the practice of the curriculum material itself, but also to motivate the unity among the members of the MKKU and to open the doors to budokas (practitioners of the martial arts) interested in the benefits from joining the Organization. 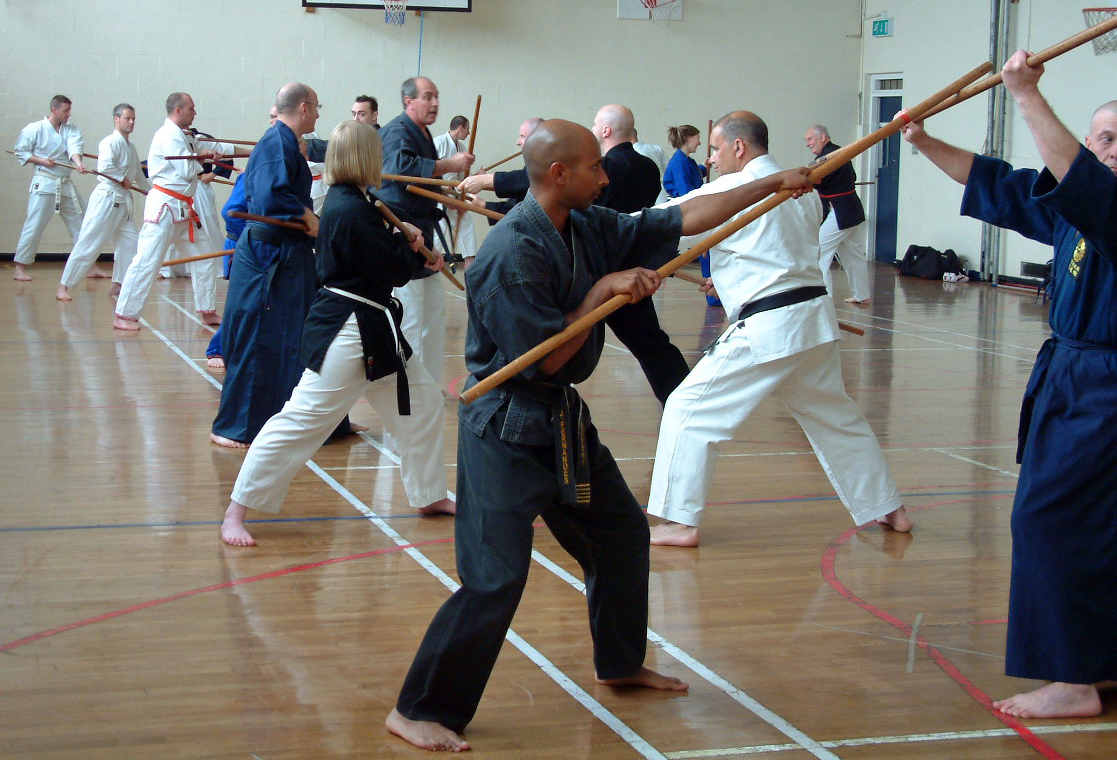 The three day event provided further instruction for the members of the Matayoshi Kobudo UK group, but it was also an open on the Saturday and Sunday for instructors and students from other styles of martial arts. The students came from Europe and all over the UK to Darlington between the 28th to 30th May 2010.

On the Friday evening, just for Matayoshi Kobudo instructors, Sanguinetti Sensei taught a range of techniques, from Bo, Sai and Nunchaku. He explained the finer details on how to strike with nunchaku, without the weapon bouncing back towards the user. This lead into partner work in order to put into practice of the techniques.

As the Saturday session was an open, the instruction covered Bo, and Tonfa hojo undo and the kumi waza. Sanguinetti Sensei stressed throughout the day about the “Body and Weapon are One” and not to “Muscle” the techniques.

After a hard day’s training there were 21 students taking part at the Gasshuku’s evening meal at China Red Buffet Restaurant. This was followed by a get together at the Hotel for drinks and a chat with Sensei.

The Sunday saw more students coming to train, which promptly started at 11.00 am with a Yunbi undo (warm-up), followed by quick revision of Bo No Hojo Undo. During the day both Bo and Sai were covered and again Sanguinetti stressed the importance of “Body and Weapon are One”. He also covered the aspect of “Go No Sen”, “Sen No Sen” and “Sen, Sen No Sen” during Kumi Waza (Sparring Techniques). During lunch, both Sensei Bateman and Wilshaw had some private tuition in Kata with Shushi No Kun and Nunti No Kata. After lunch Sai No Hojo Undo was covered and then a grading took place for one of Sensei Bateman’s students.

The day finally came to an end with specially thank you to Sanguinetti Sensei coming once again to the UK. Also thank you went out to other Sensei, from Matayoshi Kobudo UK and Portugal, and Sensei that came from over the UK. All had enjoyed the weekend, and were told that in 2011 there will be two events instead of one, and for the first time another Gasshuku will take place in Portugal. The dates are:

If details are required about these events or about training/teaching Matayoshi Kobudo, then please contact the Head Office on Tel: 0780 782 7978, or email: enquires@matayoshikobudouk.com

Further details can be obtained from www.matayoshikobudouk.com