Sanguinetti Sensei is a direct student of Shinpo Matayoshi Sensei and member of the Kodokan Dojo in Okinawa since 1982, where he lived between 1982 and 1983. Sanguinetti Sensei trained with Gakiya Yoshiaki Sensei, Yamashiro Kenichi Sensei, Kamura Koushin Sensei, Itokazu Seisho Sensei, Murayama Seitetsu Sensei, Yogi Josei Sensei, Omura Tomohiro Sensei and all the senior instructors in the Kodokan in Okinawa.

Today Sensei Franco Sanguinetti is one of the world’s highest ranked instructors in Matayoshi Kobudo outside of Japan. Furthermore he has been award the Matayoshi Kobudo Menkyo (Teaching Licence) by Matayoshi Shinpo Sensei, see photo below.

Sanguinetti Sensei travels once or twice every year back to Okinawa to train to keep progressing in his knowledge and technical level as well to cultivate his personal relationship with Okinawan members.

He has been a member of the Peruvian and Venezuelan National Karate Teams. He is also the Founder and Chief Instructor of the Bushikan Budo Kyokai, and the Matayoshi Kobudo Kodokan International with Honbu Dojo in San Diego, California. 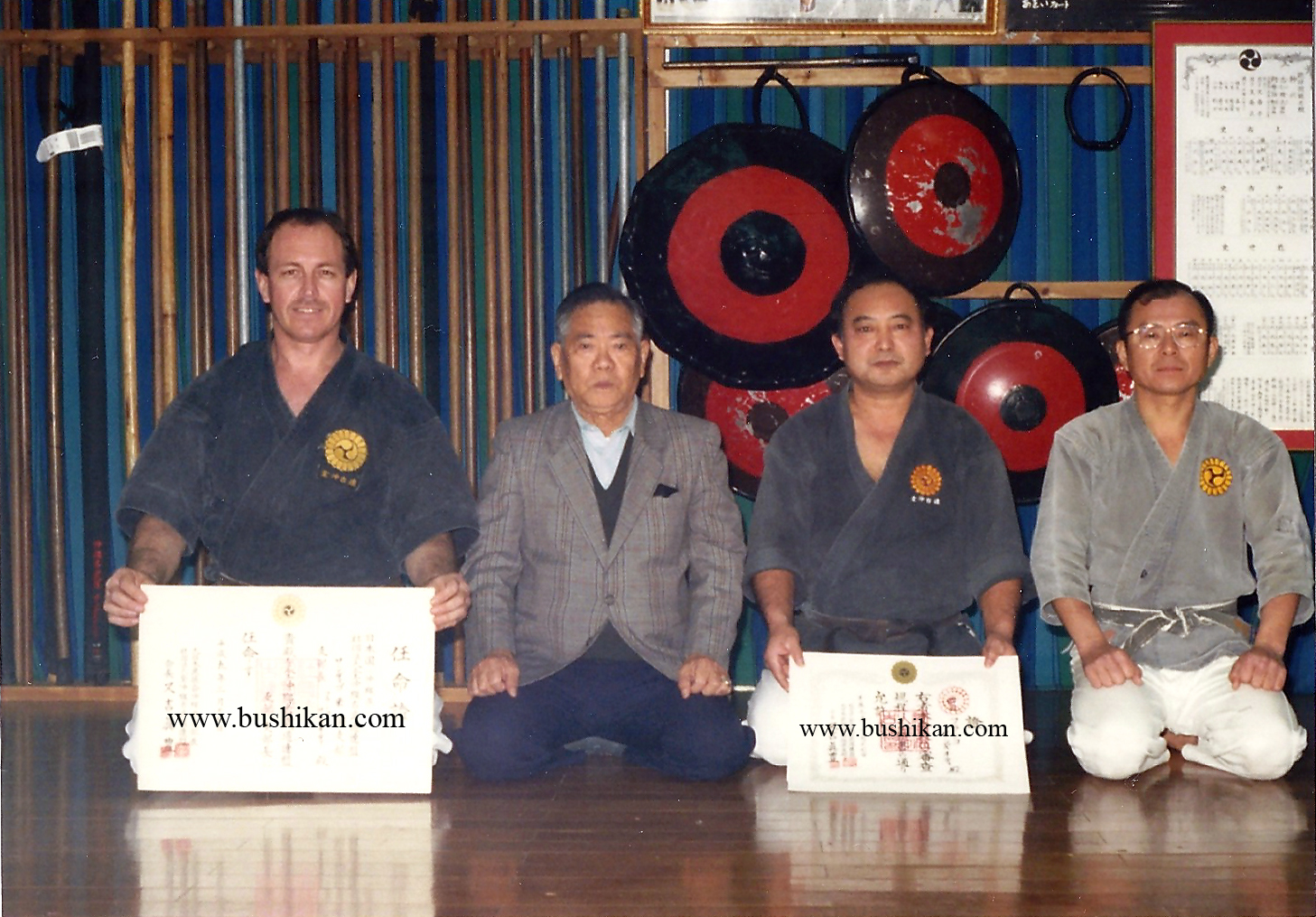