To understand the evolution of kobudo one has to look back at the history of the Ryukyu Islands.

Prior to 1429, Okinawa was divided into three separate kingdoms, Nanzan, Chuzan and Hokuzan. Each of these were ruled by regional lords (anji) exerting their power over the others. Thereby Okinawa was at constant war over many years. It was not until 1429 when Sho Hashi, Chuzan’s king, conquered Hokuzan and eventually united the three kingdoms into one. This started the period known as the “Golden Age of Trade”. During this period Okinawa flourished trading with China and eventually becoming a tribute state.

However, this all ended when the Japanese feudal leader, Toyotomi Hideyoshi ordered the Ryukyu kingdom to support him in the invasion of Korea. As this kingdom was already a tribute state of china the Okinawans declined as they did not want to lose their relationship with China. This poor liaison with Japan eventually led to the invasion of the Ryukyu kingdom by the Shimazu clan of Satsuma. This invasion took place in 1609 where three thousand Satsuma warriors set sail for the Ryukyu kingdom. This invasion was swift as the Ryukyuans did not put up a fight due to their king telling them “Life itself is a treasure”. It was from this period in their history that Okinawa became a tribute state of both China and Japan; with Japan having control through the Shimazu clan. They prohibited the Okinawan Pechin class from the wearing and the use of weapons. So it was more than likely the Pechin class developed the art of kobudo, rather than the commoner, Heimin class.

Although Japan closed trade relationship with most of the outside world, travel was still possible with the Okinawan Pechin class. They had the capability to travel to places like China, Indonesia, Malaysia and Thailand whereby they could study and import methods of the martial arts, such as empty hand (karate) and the use of weapons (kobudo). Most of this training was done in secret and the styles handed down mainly by Master to student. 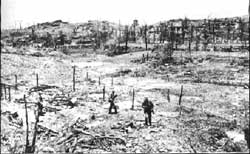 During the Second World War the Battle of Okinawa devastated the island, and because of this a number of systems died out. However, some survived and are practiced to this day; their teachings came from eminent Masters, such as Matayoshi Shinpo and his father Shinko; Shinken Taira; Inoue Motokatsu; to name a few Thus preserving the art passed down from Kobudo Masters of the past, such as Sakugawa Kanga; Higa Matsu and Chatan Yara.