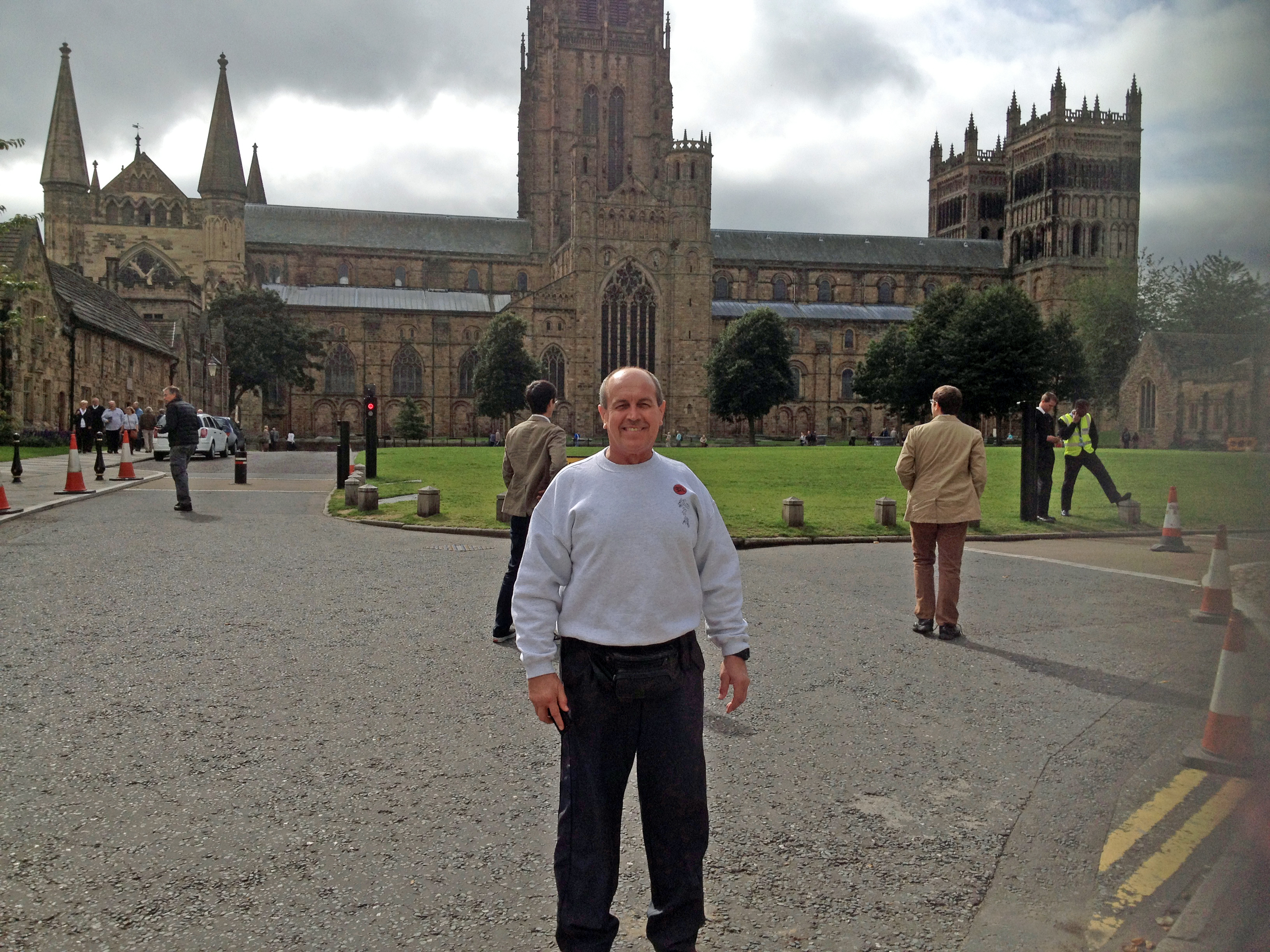 The UK was very happy to see Sanguinetti Sensei back for our 8th Annual Matayoshi Kobudo Kodokan International UK Gasshuku on the 13th to 15th September 2013. It all started with Sensei arriving in the UK on the Thursday morning of the 12th at Manchester Airport.

During the day we visited Durham Castle and Cathedral for a tour round before we could check in Sensei to his hotel. 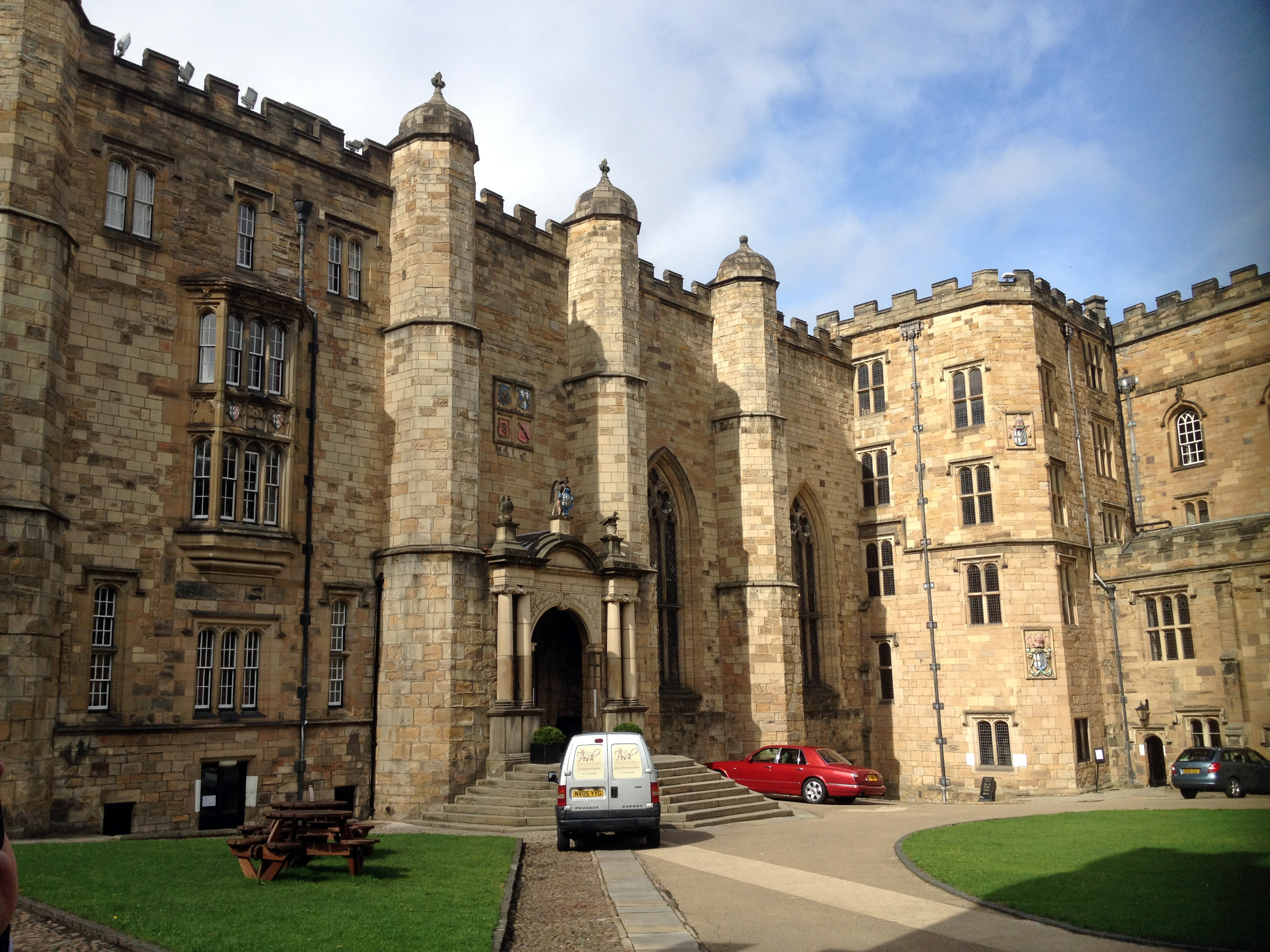 t was a shame that we could not take sensei round the castle, but they had an event on. We did manage to get a picture from the outside though. Sensei was impressed with the history of Durham, and enjoyed his time there. 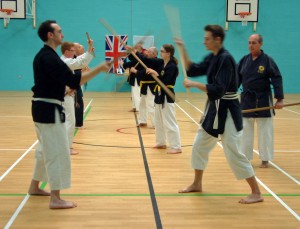 The training started on the Friday for the instructors and Associate Instructors. During the evening vital tuition in Bunkai for Bo and Sai was given. Explanation of Go No Sen, Sen No Sen and Sen Sen No Sen was given. Refinement on Hojo Undo Techniques as well as Shushi no Kun Kata was made. Sensei Bateman was honoured to be taught the Kue (Kuwa) Kata, which is unique to the Matayoshi Kobudo system. The evening was concluded with a pizza meal at the dojo. 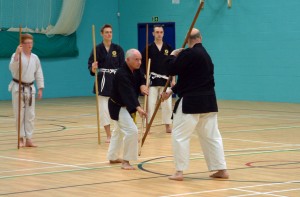 Saturday morning started at 10 am in the new Longfield School Gym. All the students were happy to see Sensei again. We started with partner work linking up the Hojo Undo for Bo while in Sanchin Dachi. Not only was this a good warm up exercise but it focused the mind for the day ahead.

During this time Sensei made sure that we were deflecting the Bo’s energy away on the block. Making sure our techniques were correct and that the transition of the weapon during the blocks was precise. This naturally led into drilling Bo No Hojo Undo Di Ichi putting into practice the subtleties that were taught during the initial partner work. Furthermore the protocols for these Bunkai were explained. 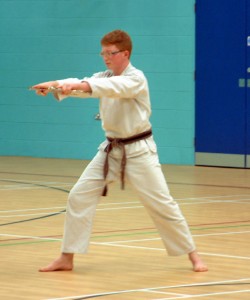 Our first Kata was in the revision of Shushi No Kun drilling in the timing of the kata. Straight after lunch the group was split into two and each went through the Kata Bunkai. Explanation of the Basic Bunkai was made by Sanguinetti Sensei, again paying attention to Bunkai order, correct technique and protocols.

During the later part of the day Sanguinetti Sensei taught Nichou Sai Kata with the group, while Sensei Bateman went through the Kue Kata. Subtle moves in this Kue kata was quite testing, but Sensei made sure that Bateman Sensei understood them. 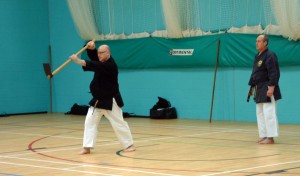 We all enjoyed our first day’s training which ended at 4 pm. So now the group was looking forward to our Gasshuku evening meal which was at the Burtree Inn. This was a great evening of socialising with Sensei, where Ken san was up to his usual self with witty conversation about his days flying airplanes. The evening ended with a few drinks with Sensei at his hotel. 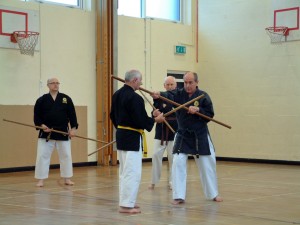 Sunday saw us starting our training at 9.00 pm; we were all refreshed and raring to go. Our day started with Bo no Hojo Undo Bunkai Dai Ichi and Dai Ni. Sensei explained the importance of body movements and penetration in the striking.

We went onto Sai Kata Bunkai where Sanguinetti Sensei further explained to the group the difference in Go No Sen, Sen No Sen and Sen Sen No Sen. He made references to karate during his explanation as Kobudo is just an extension of the empty hand art.

After lunch as most of the group went through revision of Shushi no Kun Bunkai, three of us went through Choun No Kun and the Bunkai. First Sanguinetti Sensei made sure our technique was correct along with the timing of the kata. Then during the bunkai Sensei Bateman was going through the Kata while Ken and Marc san were his semete. This was a hard Bunkai to do because parts of the Bunkai involve semete attacking almost simultaneously. 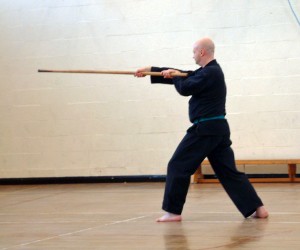 During the end of the day there was a grading for students that were recommended to take part. I would like to say a big congratulations to Marc Faux, Mike Dent, and Philip Barwick for passing there grade. It was a shame that Ken Large had to pull out during the early part of the day due to an injured foot. All have all enjoyed this weekend and have benefitted immensely with our individual improvements in this martial art.

I would like to finally add a big thank you to Sanguinetti Sensei for yet again another excellent Gasshuku and for giving up his time come to us in the UK. We are all looking forward to train with Sensei again. 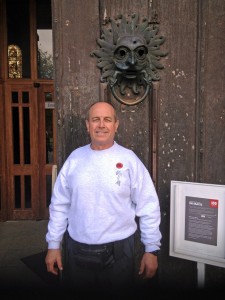